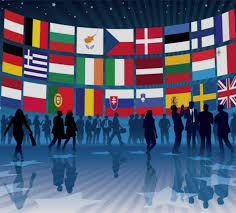 The European discussion on MOOCs is – for various reasons – quite different than the North-American one. This is one reason why this first broadly comparative European report on MOOCs ought to be read carefully. It was launched on March 3rd, 2015. See the executive summary below. Download the entire report from here.

First, the approach and phenomenon was launched in the US, with trials and early errors duly made and noted. As the next stage MOOC development goes global one is likely to see institutional issues and barriers coming to the surface in the discussions and approaches. Second, the European approaches reflect the “public service” philosophy and standards commonly found at institutions of higher learning. As seen from that angle, the MOOCs phenomenon may be not so much an aspect of combatting increasing costs of education as a meaningful tool to overcome institutional and nation-state barriers in an increasingly globalized and networked education world.

Here is the Executive Summary:

Massive Open Online Courses (MOOCs) have continued to attract considerable media coverage as governments and universities respond to the open and online education movement. Three years after the MOOCs began its rise, it is clear that the HE institutions in the EU are gaining speed in this movement.

This report on MOOCs intends to contribute to literature on MOOCs in Europe. Its specific aim is to present data on the perception and objectives of European higher education institutions on MOOCs and the main drivers behind the MOOC movement. In addition, the report makes a comparison with similar studies conducted in the United States in 2013 and 2014 and to data produced by the European University Association (EUA) between October and December 2013. The report made clear that involvement is still increasing, but also that arguments to get involved differ from those in the US.

The main source is a survey conducted by the project HOME – Higher education Online: MOOCs the European way, partly funded by the European Commission’s Lifelong Learning Programme. The survey was conducted in October – December 2014. In total 67 institutions responded out of 22 European countries representing in total about 2.8 millions of students.

Out of participated institutions 71,7% of the institutions has a MOOC or is planning to develop one. While in the US the number of institutions having a MOOC or planning to introduce them has decreased from 14,3% to 13,6%, in Europe it has increased from about 58% in EUA study to 71,7% in this study. This confirms the EUA statement that ‘interest in MOOCs has far from peaked in Europe’. The results of this survey are comparable with the survey from 2013 from EUA. This indicates a steady, but not revolutionary increase in MOOC involvement and opinions during this last year.

Throughout the report the results of the institutions already offering MOOC next to all respondents are discussed to counteract for possible bias. In general only small differences between both groups are observed.

Validating definitions of what’s a MOOC

It is important to note that MOOCs remain relatively poorly defined. To be able to make assertions about MOOCs, it should also be clear what we mean by a MOOC. This survey is used to shed more light on the importance of each MOOC letter.

A MOOC differs to other open online courses by the number of participants. According to a large majority (71,6%) “MOOCs should provide a sustainable model for the mass”. In addition 50,1% finds it (highly )relevant for their institution that “MOOCs must be designed for massive audience”.

The institutions (70%) do not support the idea that MOOCs should be paid for except for getting a formal credit as part of an accredited curriculum. I.e., there is no strong support for a little fee in the MOOC definition. Next a large majority of institutions is supporting the openness in MOOCs regarding open accessibility, open licensing and the freedom to select for different kinds of

certificates. There seems no agreement on the importance of MOOCs having a fixed start date and/or that self-paced courses can also be called a MOOC. This implies that openness in context of freedom of place, pace and time of study should not be an explicit criteria in the definition of MOOCs. As such MOOCs may have fixed dates or not, depending on the institution’s choice for a particular course.

82,1% of all 67 institutions consider it (highly) relevant that a MOOC should be offered completely online. The majority even support the idea that an exam for a formal credit should be offered online. There is in general less support for the suggestion to support participants who have a weak internet connection.

Also a large majority supports the concept that course content of a MOOC should be accessible anytime and that the courses should be of best quality using proven modern online learning pedagogies. As such a majority of institutions relates the course dimension of MOOCs to courses as in formal education.

Various EU-funded MOOC projects together with OpenupEd are working with the following definition: MOOCs are “online courses designed for large numbers of participants, that can be accessed by anyone anywhere as long as they have an internet connection, are open to everyone without entry qualifications, and offer a full/complete course experience online for free”. The results of this survey strongly support this definition.

Some parts of the survey encompasses identical questions as used in the US surveys of 2013 and 2014. The results show large differences between both continents. A large majority of European higher education institutions disagree with the statement that credentials for MOOC completion will cause confusion about higher education degrees while a majority in the US agrees. Next, more than 80% of European institutions agrees with the statement MOOCs are important for institutions to learn about online pedagogy while in the US it has decreased from 44% in 2013 to 28% in 2014. In the US the opinion is mostly neutral or disagree on the question if MOOCs are a sustainable method for offering courses, but in the EU more than half of the institutions agrees.

While in the US a large majority (66%) state that it is too early to tell if MOOCs are meeting the institution’s objective, the majority in EU (58%) mention that MOOCs are already meeting some or most objectives. European institution are having a more positive attitude towards MOOCs and those offering MOOCs have positive experiences. Next it is observed that in the US using MOOCs for student recruitment is seen as the most important primary objective of institutions, while in Europe it is rather to reach new students and creating flexible learning opportunities (for those new students). The objectives related to finance (explore cost reduction, generate income) and scalability dimension of MOOCs are not seen as primary objective in both continents. The most dominant objective in this and several other studies is to increase institutional visibility and using MOOCs for reputation reasons. But also using MOOCs as innovation area (e.g., improve quality of on campus offering, contribute to the transition to more flexible and online education, improve teaching) and responding to the demands of learners and societies are indicated as important objectives.

Different drivers behind the MOOC movement

Based on literature we identified ten possible macro drivers behind the MOOC movement. A large majority (between 65% and 80%) indicates that many macro divers are relevant or highly relevant for their institution. Only the following three drivers are not seen as that important i) new method in big business ii) reduce the costs of HE and iii) increasing shared services and unbundling. Institutions were also asked to reflect on those macro drivers from the governmental perspective. They expect that their governmental involvement with MOOCs are mainly driven by a) need for (e-)skills and jobs, b) improving the quality of learning and c) globalization and internationalization.

Possible reasons explaining the differences between Europe and United States

Throughout this report we observe big differences between US and EU education institutions. Not only are European institution more involved in MOOCs than the US, and the number of European institutions with MOOC involvement is rising, but MOOCs are also perceived as a sustainable method for offering courses in Europe. It seems that in Europe the institution are increasingly developing a positive attitude to MOOCs and have positive experiences for the added values of MOOCs.

A possible explanation is the big differences in funding for higher education between US and the EU, the latter having more government and European funding. Also the additional funding on MOOC projects by the European commission and national governments might have contributed to this process. Next, Europe seem more experimenting with online pedagogy and with different types of MOOCs, each with a specific rationale. Also the presence of the ECTS framework in Europe, which provides a sound base for recognition of credentials across institutions and borders, can be seen as possible explanation. Institutions in Europe that already offer MOOCs are more confident in given credentials for MOOCs.

At this point, however, it is observed that the MOOC movement is (commercially) dominated by the United States through both the number of course offerings and leading service providers. But given the results of this report we feel that Europe must seize this moment to grab the opportunities offered by MOOCs. The open and online learning movement has great potential to educate the many in a flexible way that meets the needs of today’s learners for an increasingly complex world. It is for those reasons that the Porto Declaration on European MOOCs1 calls upon all to embrace the possibilities the open and online education movement offers the Knowledge Society and stresses the need for stronger collaboration in Europe, based in the principles of transparent cooperation, mutual benefit and collective incremental advantage.