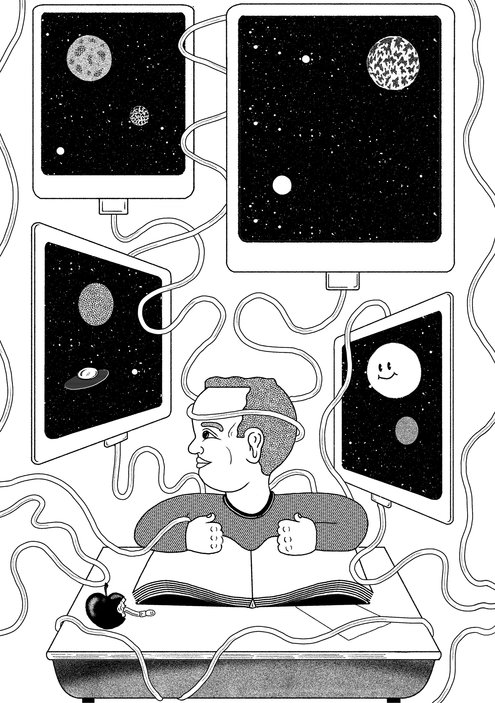 After President Obama´s State of the Union address in mid January 2015, the reflection below by Susan Pinker, printed in New York Times on January 30th, stands out. In the address, Obama envisioned open Internet in every classroom, providing access of information to everyone and especially otherwise disadvantaged students. But according to Pinker, the solution may be the opposite.

Says Pinkerton: When it comes to uses of technology and impacts on teaching, access to the wide range of media tools for learning is as likely to widen the learning and knowledge gap as it is to decrease it. Economists at Duke University (Jacob Vigdor and Helen Ladd) tracked uses of networked computers among a high number of disadvantaged students, finding that reading and math skills significantly dropped — it did not increase. “Students tend to witness a persistent decline”, when gaining access to a home computer between ages 5th and 8th grade. “What´s worse, the weaker students (boys, African-Americans) were more sdversely affected than the rest”, she adds.

One might add that hhe general framework of the article falls well into the perspective oncer coined as the “knowledge gap” hypothesis, set forth in the 1970´s by media researchers Tichenor, Olien and Donohue at the University of Minnesota — relating to media literacy. It is especially within that perspective that Pinkterton´s reference to Nicholas Negroponte´s grand project One Laptop Per Child, staring out in 2006, becomes important. It was a program to introduce the world´s children – all of them — to PCs, cheap and affordable enough for everyone. Children would ideally be empowered to go online and teach themselves — in ways not too far off from Sugata Mitra´s Hole in the Wall project, from about the same time.

Relating in a direct way to David Conover´s lecture at the 2014 annual Future Learning Lab conference, in Norway, Pinker´s review points to research from the US. The general framework points to two things: First, uses of technology in the classroom depends a lot on the quality of the teaching support that comes with it. Second, the decisive factor is not the technology, but the teaching. In Norway, David Conover demonstrated success with applying Minecraft as game engine in teaching students from minorities and children/teen-agers at risk: What is more, Conover´s also demonstrated the cirtues of keeping things simple, and haviong an instructional design as well as a mentoring presdence in the classroom.

The mounting research evidence does not support the general virtue of adding technology and networking to students classroom experience. On the contrary, what the evidence shows is the continued importance of authoritative and mentoring teachers. So, the evidence actually points to the importance of working over the teacher´s training curricula, everywhere, to enable teachers to make good use of technology.

According to Pinker and NYT, technology does have a role in the class room — even after the novelty wears off. The effective ness is however a function of its relevance to the learning tasks at hand. “While we are waiting to find out, the public money spent on wiring up classrooms should be matched by training and mentorship for teachers,” she adds. And we should all listen carefully.